The purpose of this document is to provide information on how to measure and improve the boot-time[1] of a typical STM32MP1 Series Linux system. This article is not an exhaustive list of possible optimizations, and those that are considered insufficiently reliable for industrial use are intentionally omitted.

One of the easiest way to measure the boot-time of a Linux system is to observe traces emitted on a serial console using timing software, such as serialgrab or like the script measure-timing.txt based on microcom and p2f. 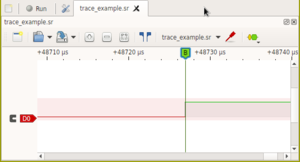 When partitions such as "bootfs" and "rootfs" are stored on a UBI volume, the following two actions are highly recommended to greatly reduce the volume attachment time at boot-time, both by U-Boot and by the Linux kernel:

1. Decrease the size of the UBI volume 2. Enable the fastmap feature. For this, the CONFIG_MTD_UBI_FASTMAP option must be set to y both for Linux and U-Boot, and ubi.fm_autoconvert=1 has to be added to the kernel boot parameters. Note that the very first boot is used to create the fastmap information, thus this one does not get faster.