This is the stable version, approved on 23 November 2022.

The purpose of this article is to introduce the "Thermal framework".

Thermal framework is a subsystem made for handling thermal sensors and cooling devices, it is made of 3 subsystems: 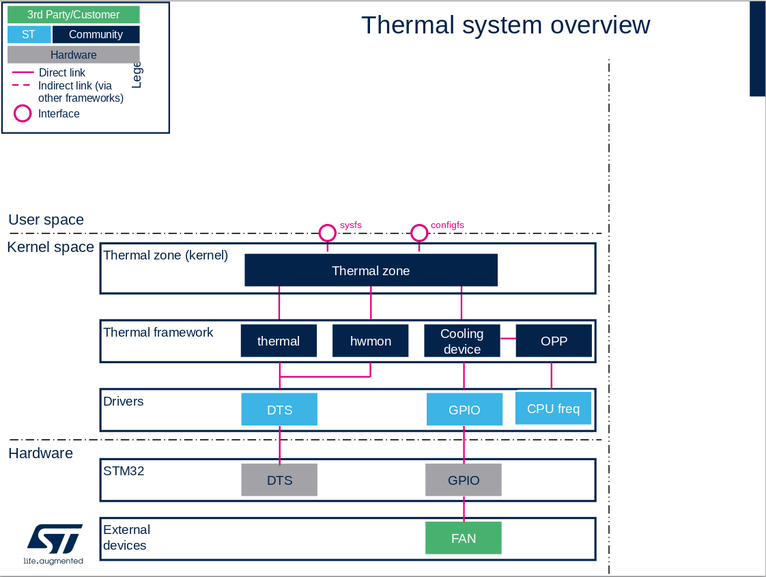 The thermal zone is also responsible for:

A system may contains several thermal zones. For example one for CPU, one for GPU. Each zone is made of:

The thermal API is not documented in the Linux Kernel documentation.

The thermal API is activated by default in ST deliveries. Nevertheless, if a specific configuration is required, you can use Linux Menuconfig tool: Menuconfig or how to configure kernel and select:

4 How to use the Thermal framework[edit]

Another typical use case is passive power dissipation, consisting in limiting CPU frequency when the CPU is too hot. This is done in "passive" trip point. The example below sets the highest allowed OPP as OPP number 1 (one) as soon as the temperature is higher than 95°C:

Dynamic debug can be enabled in the "thermal_sys" module like in the command below:

When the thermal driver implements hwmon API, the temperature can be read from the sysfs like in the command below: