How to configure PWR Wake-up pins

This article describes the configuration of the PWR wake-up pins for a usage in Linux.
The PWR Wake-up pins are used to wake-up from Standby from an external device.
This article does not describe how to configure a wake-up pin to use it internally in OPTEE. 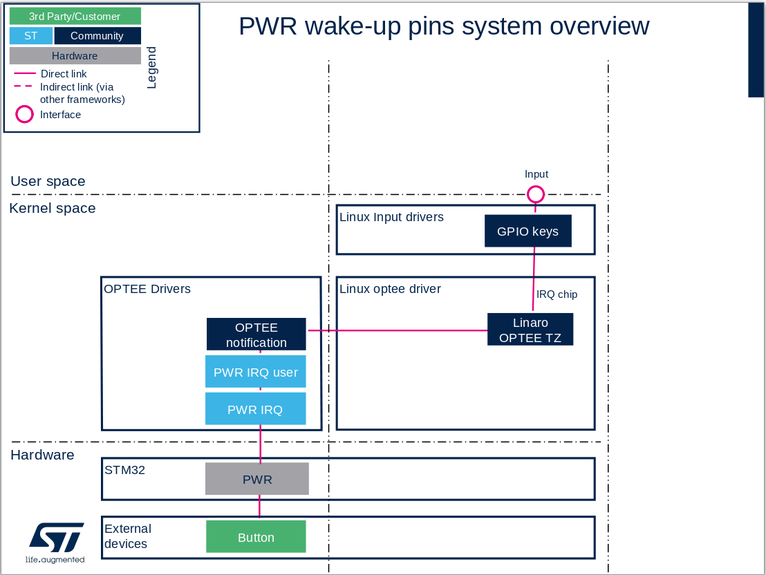 Wake-up pins are configured in OPTEE via device-tree. A pwr-irq-user can be instantiated to handle the desired wake-up pin and send a OPTEE notification to Linux in case of event.

Linux does not handle wake-up pin, but it can handle an OPTEE notification as an interrupt. This is configured via device-tree.

In the example below, the wake-up pin number 2 is configured by OPTEE, forwarded as notification number 4 to Linux, and used by "gpio-keys" driver in Linux to generate a key-press.