The objective of this chapter is to give general information about the device tree.
An extract of the device tree specification[1] explains it as follows:

"A device tree is a tree data structure with nodes that describe the devices in a system. Each node has property/value pairs that describe the characteristics of the device being represented. Each node has exactly one parent except for the root node, which has no parent. ... Rather than hard coding every detail of a device into an operating system, many aspect of the hardware can be described in a data structure that is passed to the operating system at boot time."

In other words, a device tree describes the hardware that can not be located by the operating system drivers while probing.

The webinar below gives the foundations of device tree applied to STM32MP1 products and boards. It is highly recommended to start from this video if you are beginner on this subject.

The device tree data structures and properties are named bindings. Those bindings are described in: 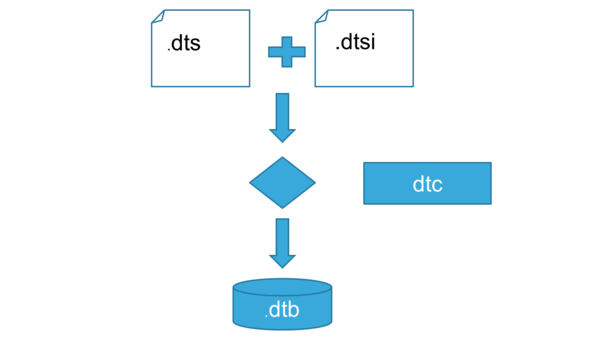 DTC is an open source tool available in an independent git repository[4], and it is also available directly in particular software components: Linux Kernel, U-Boot, TF-A, OP-TEE .... For those components, the device tree building is directly integrated in the component build process.

There are several ways to get those tools:

The device tree is part of the OpenSTLinux distribution. It can also be generated by STM32CubeMX tool.