The OpenSTLinux distribution is generated with OpenEmbedded build framework : the BSP components are modified open source software components, stored on github, whereas the middleware is directly inherited from communities. See our Open Source Software (OSS) philosophy just below for further information.

The figure below is clickable so that the user can directly jump to one of the sub-levels listed above. 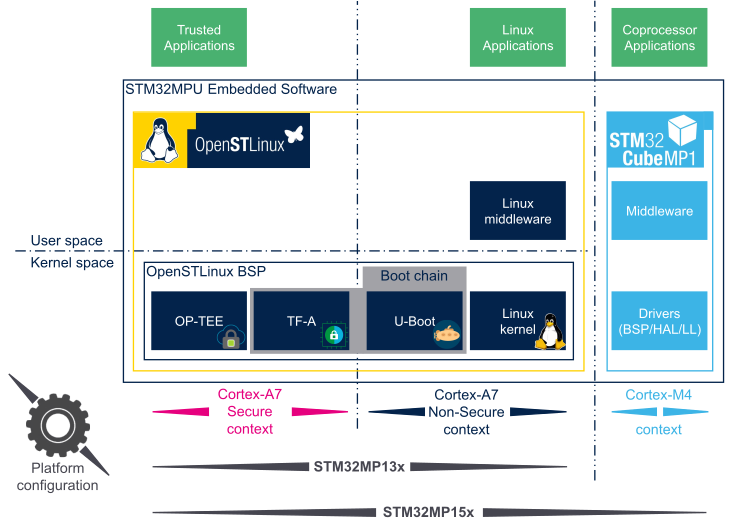 The Open source software source code is released under a license in which the copyright holder grants users the rights to study, change and distribute the software to anyone and for any purpose[1].
STMicroelectronics maximizes the using of open source software and contributes to those communities. Notice that, due to the software review life cycle, it can take some time before getting all developments accepted in the communities, so STMicroelectronics can also temporarily provide some source code on github[2], until it is merged in the targeted repository.