This article gives information about the Linux® hardware spinlock framework.

It explains how to activate the hardware spinlock framework and, based on examples, how to use it.

Hardware spinlock modules provide hardware assistance for synchronization and mutual exclusion between heterogeneous processors and those not operating under a single, shared operating system.

A generic hardware spinlock framework allows platform-independent drivers to use the hardware spinlock device in order to access data structures that are shared between processors, that otherwise have no alternative mechanism to accomplish synchronization and mutual exclusion operations. 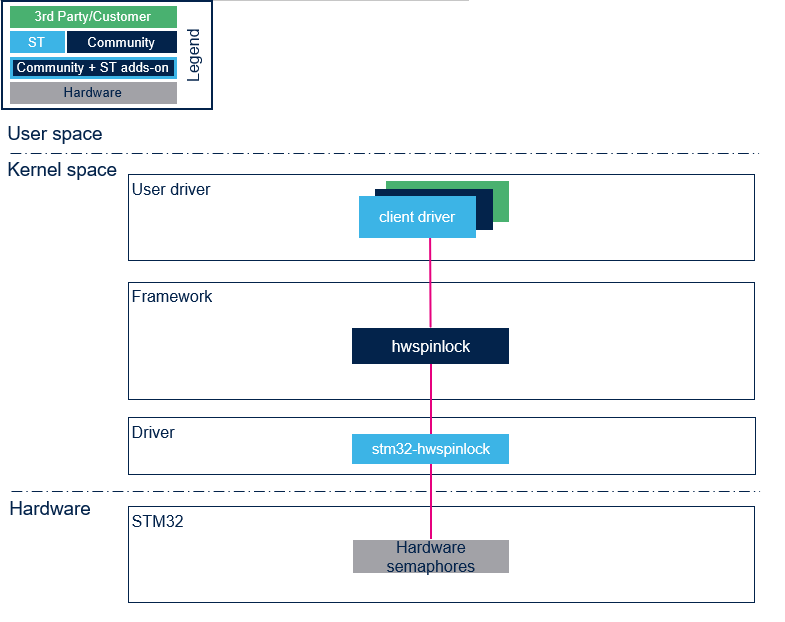 Activate hardware spinlock in the kernel configuration using the Linux Menuconfig tool: Menuconfig or how to configure kernel

Typical usage of hardware spinlock by drivers is taken from the kernel documentation file API for a typical usage section: Documentation/hwspinlock.txt[1].:

This framework does not provide with any way to monitor the hwspinlock usage.

This framework does not provide with any convenient way to get traces. To get traces, add some printk logs in the code and rebuild the kernel:

There is no specific way to debug this framework. Nevertheless, below are some possible issues you may face: