This is the stable version, approved on 5 January 2021.

First step to enable the authentication is to burn the OTP WORD 24 to 31 in BSEC with the corresponding public key hash (PKH, output file from STM32 KeyGen). OpenSTLinux embeds a stm32key tool that can be called from U-Boot command line interface to program the PKH into the OTP.
Make sure that a trusted image was programmed on your board, because below operation will not be possible with optee boot. 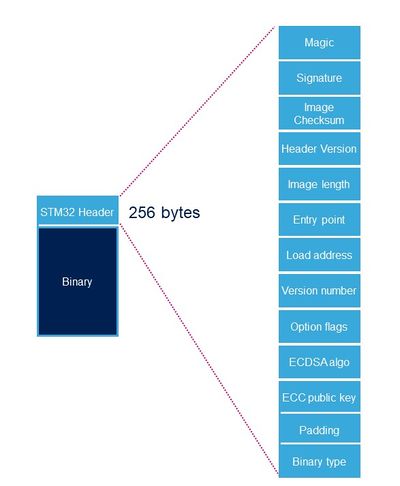