Approved version. Approved on: 08:43, 20 January 2021
(Pages)
How to protect the coprocessor firmware

This is the stable version, approved on 16 February 2021. 1 pending change awaits review.

The Linux® OS, through the remoteproc framework, enables the loading of firmware into control remote processors. Thanks to a specific OP-TEE trusted application (TA) running on the Arm® Trustzone and to the ETZPC peripheral, it is possible to authenticate a Cortex®-M4 firmware and install it on isolated RAMs to ensure its integrity during the execution . 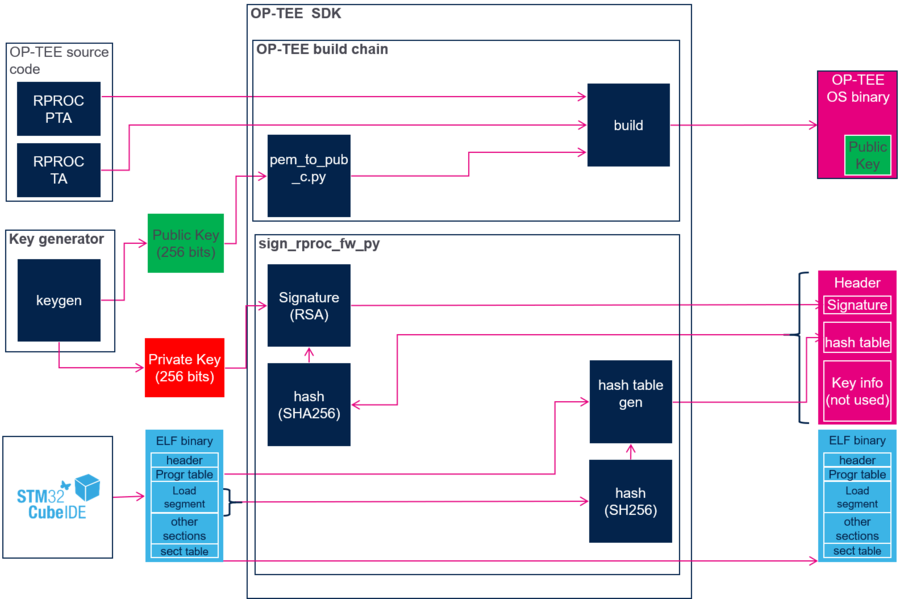 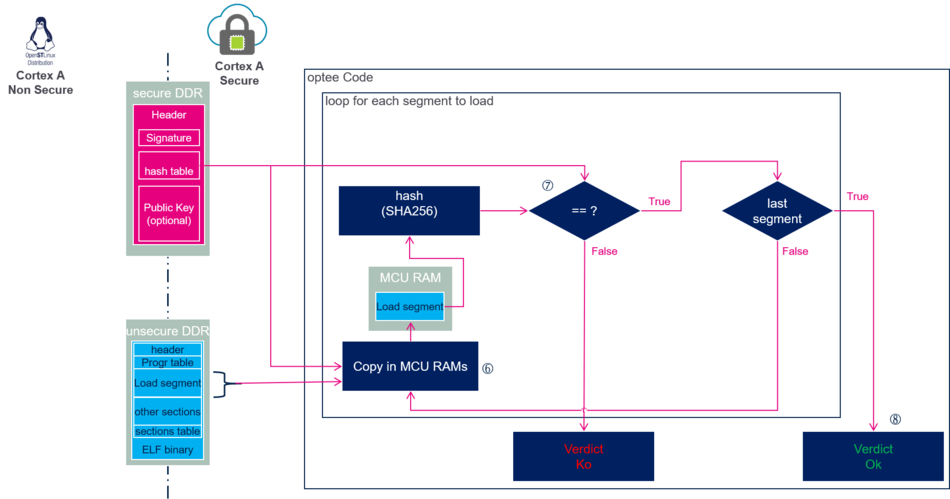 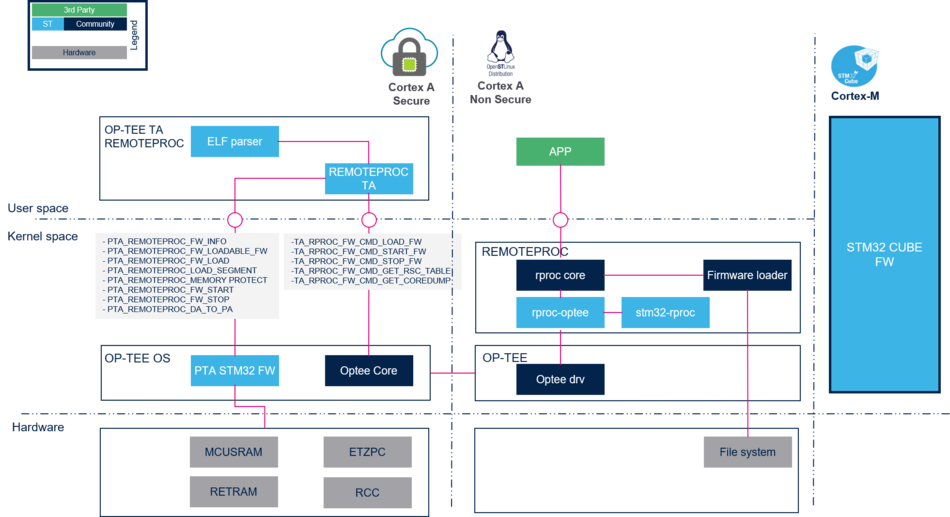 From user's point of view, the management of the firmware live-cycle does not change. It is described in the remoteproc article.

The OPTEE OS firmware has to be generated again to include (see here for how to information):