This is the stable version, approved on 9 October 2019.

3 Installing the trace and debug tool on your target board

sysprof is installed by default and ready to be used with all STM32MPU Embedded Software Packages.

Sysprof proposes a User interface through the board X interface to the display. It might be more convenient to plug a mouse (and optionally a keyboard) to use the tool interface. 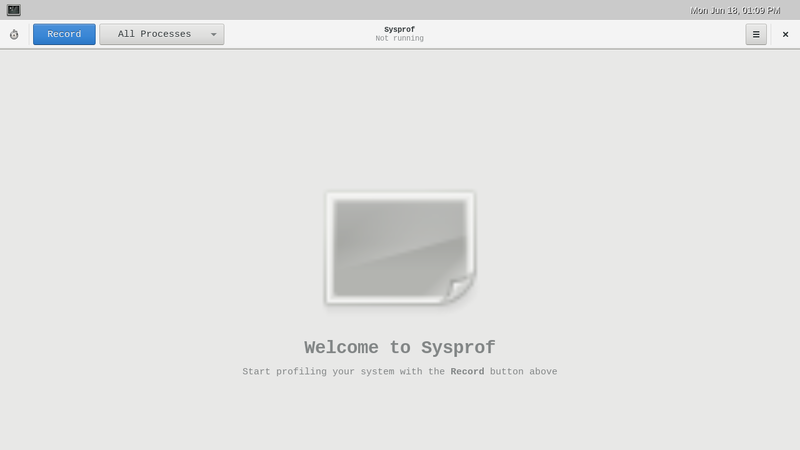 The following report is then available on the board display: 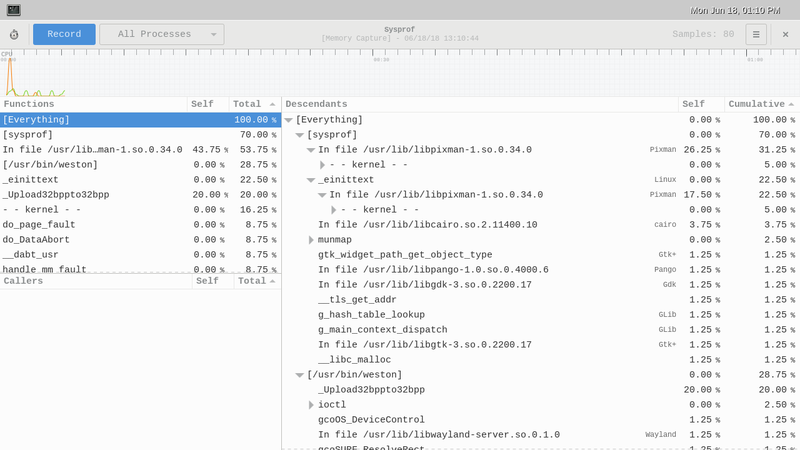 Several options are available to the user in order to filter the report, and then study the results: 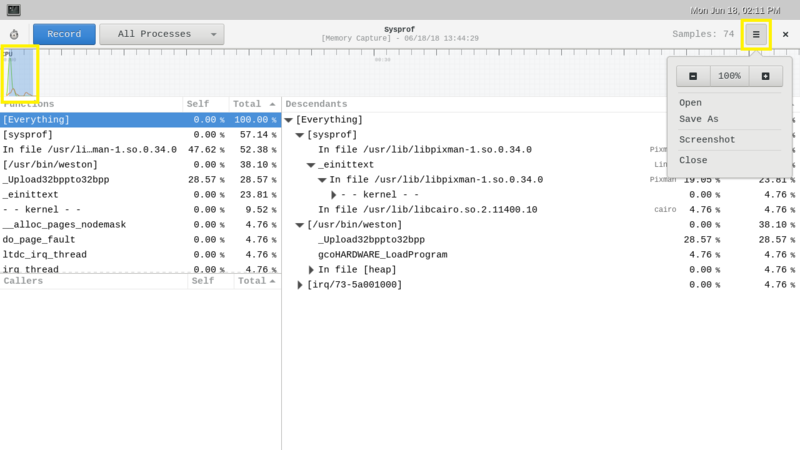