Approved version. Approved on: 15:15, 13 February 2020
STM32CubeMonitor
How to set trigger for starting an acquisition

How to set trigger for starting an acquisition

This is the stable version, approved on 18 February 2020.

This article describes how to use the trigger feature. This feature is usable in direct mode and snapshot mode. Nevertheless, the snapshot mode requires a modification of the embedded application.
This feature allows to start the trace when a predefined level is reached.

In the STM32CubeMonitor tool:
The trigger is settable in the “variables” node. Open the “Acquisition parameters” section, three fields are dedicated for configuring the trigger. 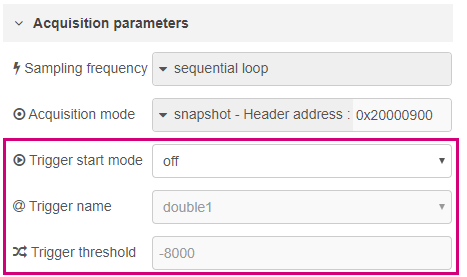 When the acquisition is launched, what happens? 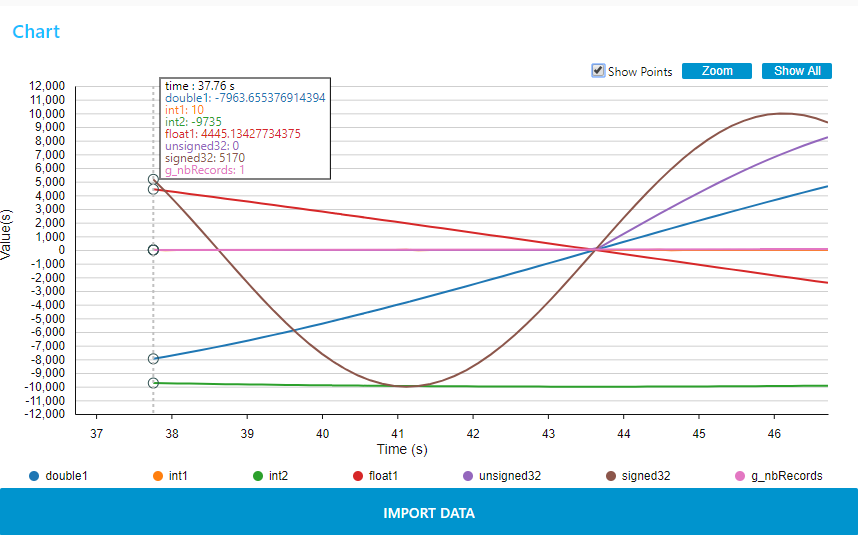 How to modify other parameters in node variable