Approved version. Approved on: 15:11, 20 January 2022
(Pages)
How to manage OpenSTLinux projects in STM32CubeIDE
NOR update with customized trusted image

NOR update with customized trusted image

This article gives details about updating the bootloader objects of NOR memory, located onto STM32MP157x-EV1 (e.g.), using STM32CubeIDE.

The different steps to update NOR with customized trusted image are the following ones:

NOR memory contains only TF-A BL2 and FIP partitions, Linux partitions are located on SD-Card.
All those steps are explained in chapters below.

2 Initialize NOR with Starter Package[edit]

Initialize the NOR with Starter Package image thanks to STM32CubeProgrammer.
For that select the Starter package corresponding to the targeted STM32MP1 board and jump to chapter Downloading the image and flashing it on the board (e.g. here for STM32MP15 Evaluation board). 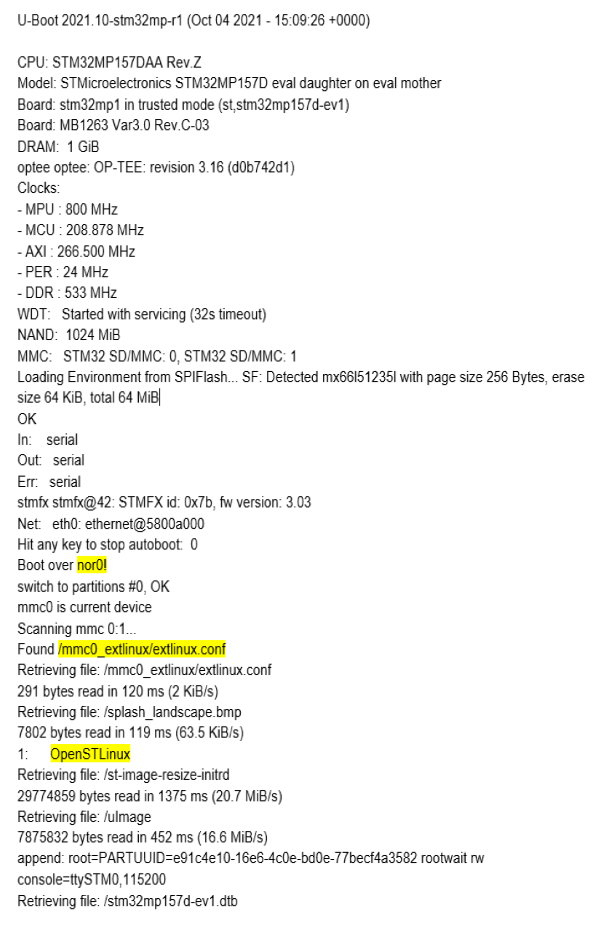 In this step, STM32MP15 board is up and running with network access: target status is green. After having compiled device tree generated by STM32CubeMX , you need to : 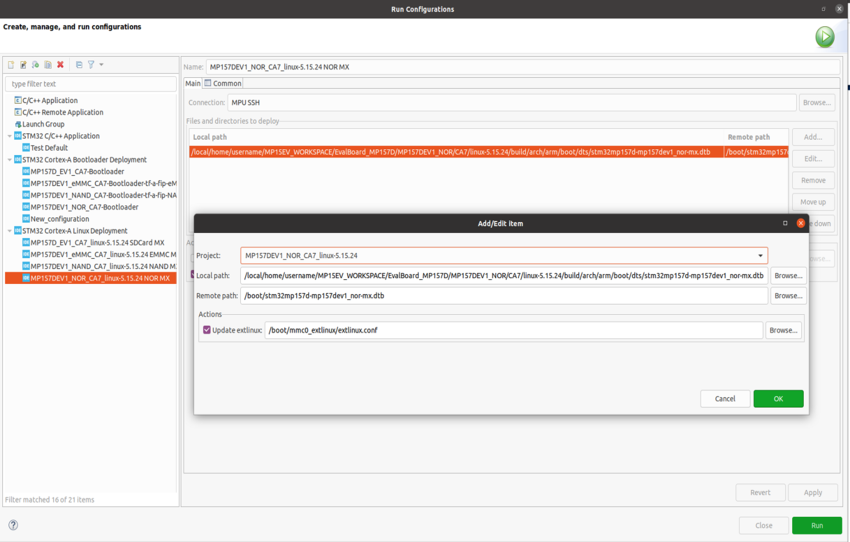 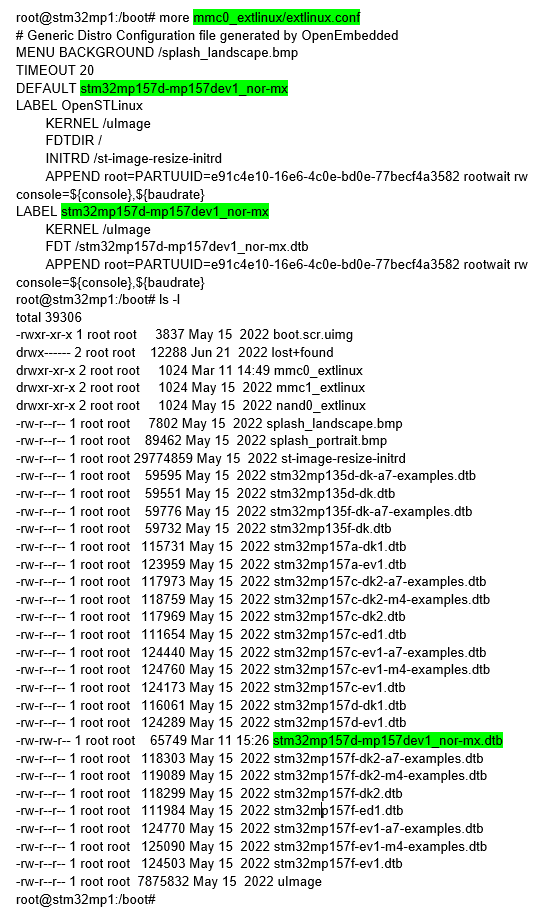 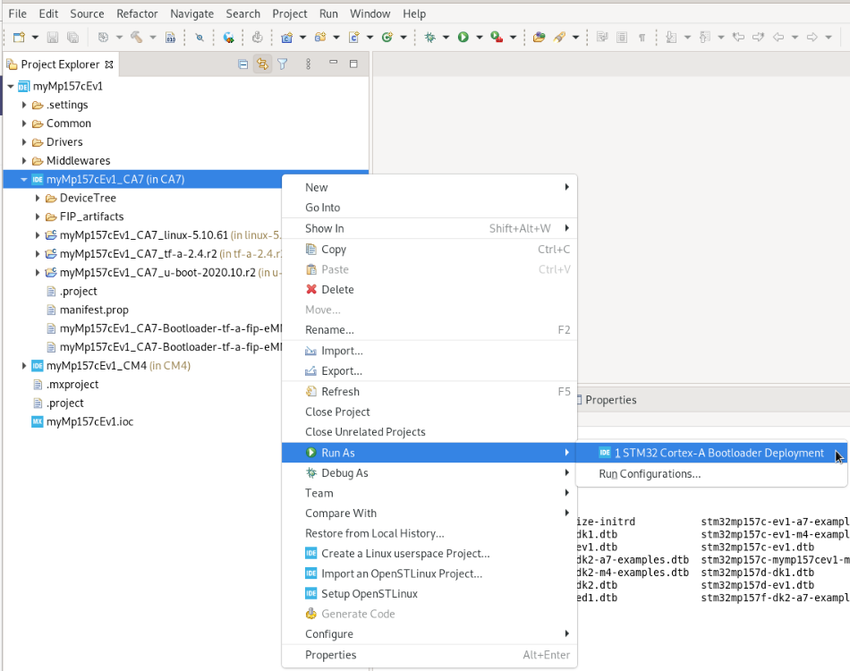 Then, select the storage to update (NOR #0 here) and the TF-A BL2 & FIP image to update from FIP_artifacts/ .
Here is the corresponding STM32 Cortex-A Bootloader Deployment configuration: 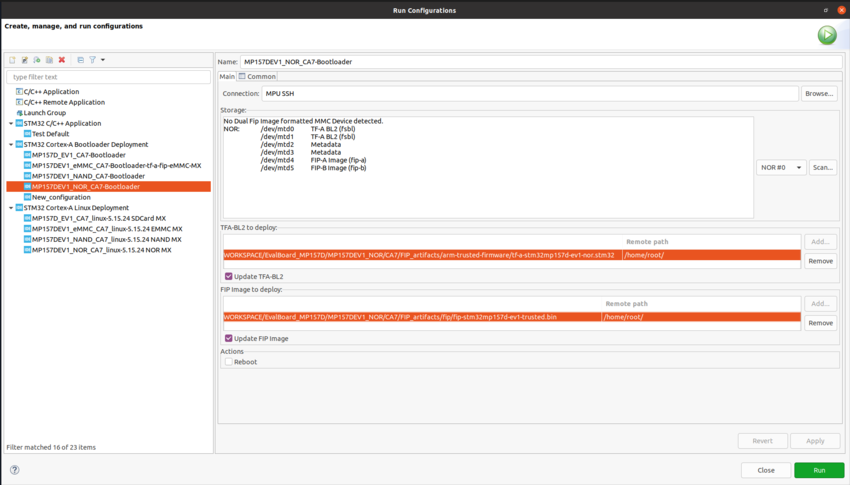 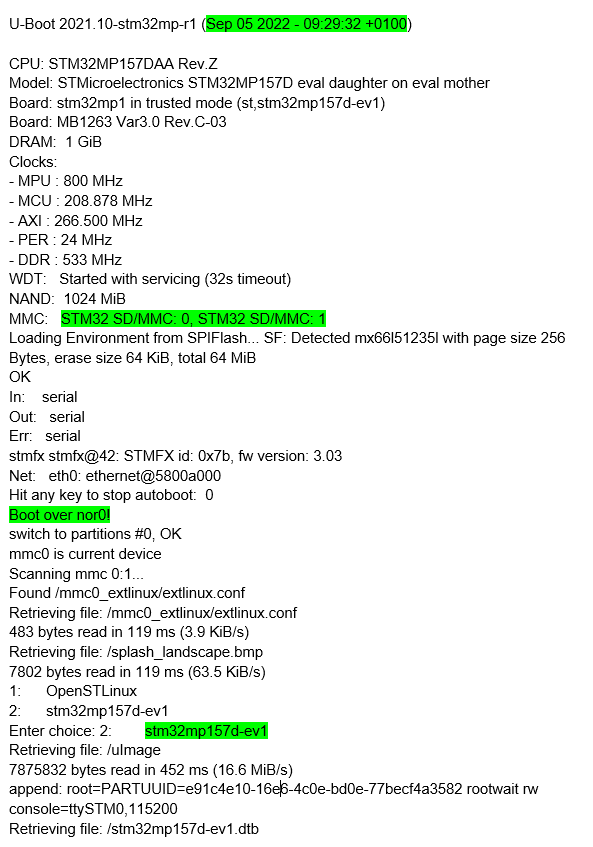