OpenSTLinux filesystem follows the Standard Linux® filesystem, represented on the below diagram.

It is based on the File Hierarchy Standard (FHS) at user space level.

- Filesystem layers which are associated to a device (with both block and raw interfaces), and which manage persistent data
- Pseudo filesystem which manages volatile data linked to the current running session

The Virtual File System[1] is a Linux core feature which proposes an abstraction layer for the Linux user space. 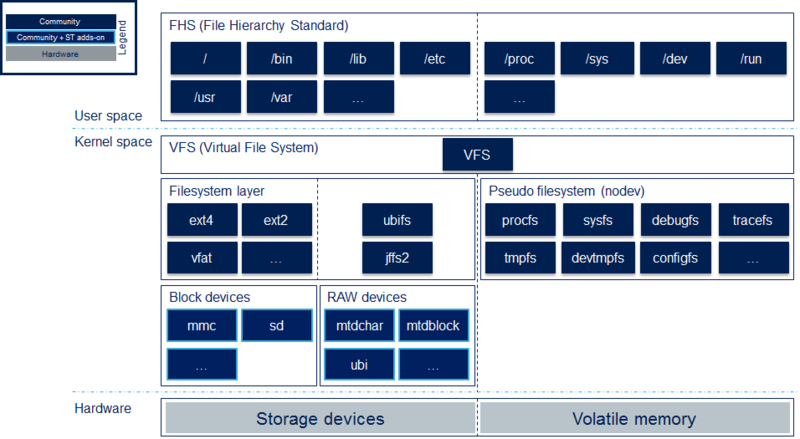