Approved version. Approved on: 10:16, 3 June 2022
(Pages)
How to protect the coprocessor firmware

Difference between revisions of "How to protect the coprocessor firmware"

Return to history page
← How to protect the coprocessor firmware 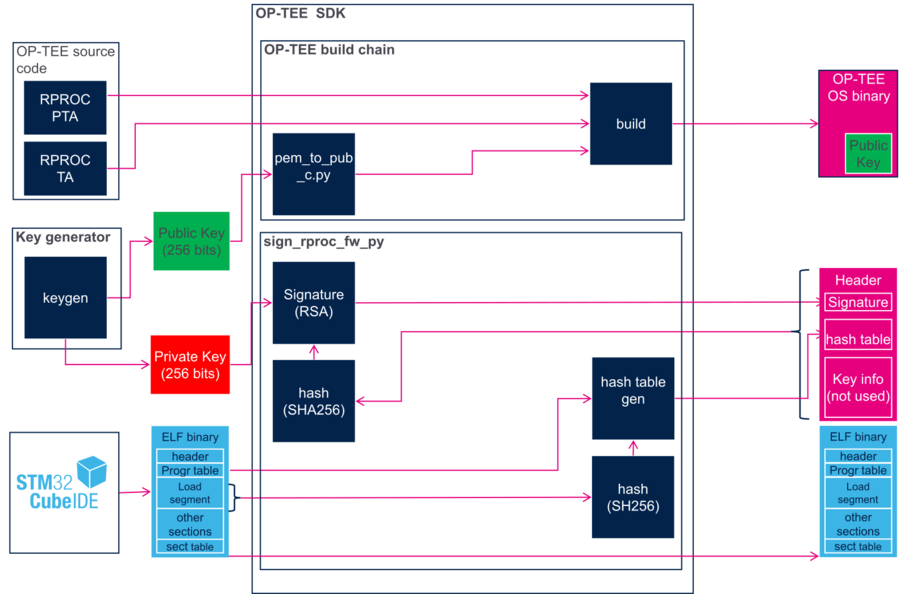 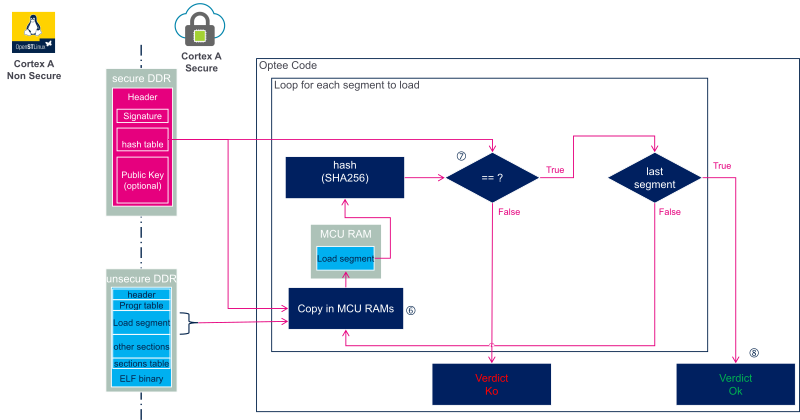 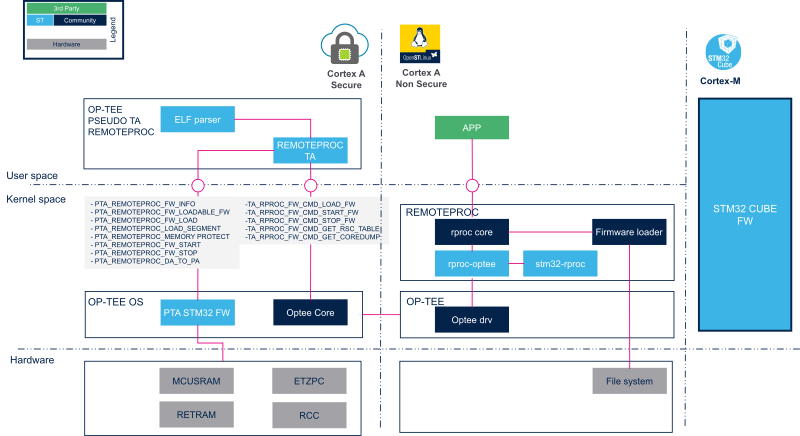 The OP-TEE OS firmware has to be generated again to include (see here for how to information):

The CFG_RPROC_SIGN_KEY= <key file path name> directive can be added to specify the public key file to use to authenticate the remote processor firmware.This directive is optional. If it is not defined, the keys/default_rproc.pem default key is used.

Example of build command specifying the public key (where <other directives> has to be replaced by usual directives to build OP-TEE OS):

Activate the TEE_REMOTEPROC in the kernel configuration, using the Linux Menuconfig tool: Menuconfig or how to configure kernel.

The OP-TEE STMicroelectronics distribution integrates the sign_rproc_fw.py that can sign the firmware binary ELF file.
This script