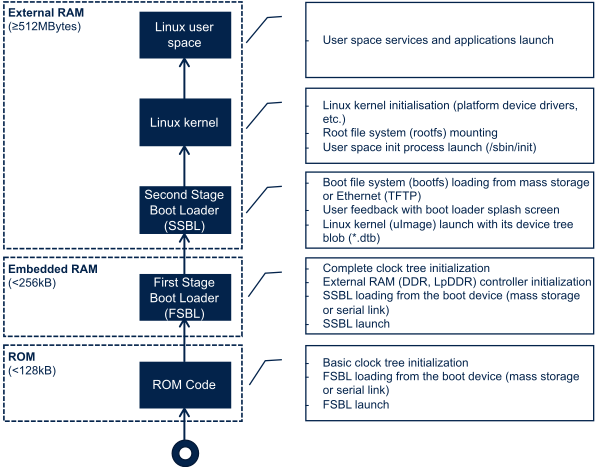 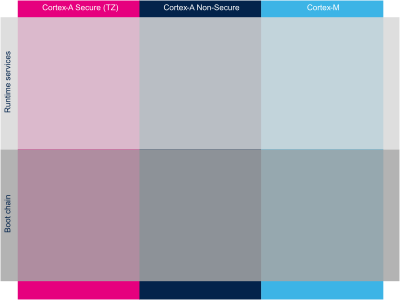 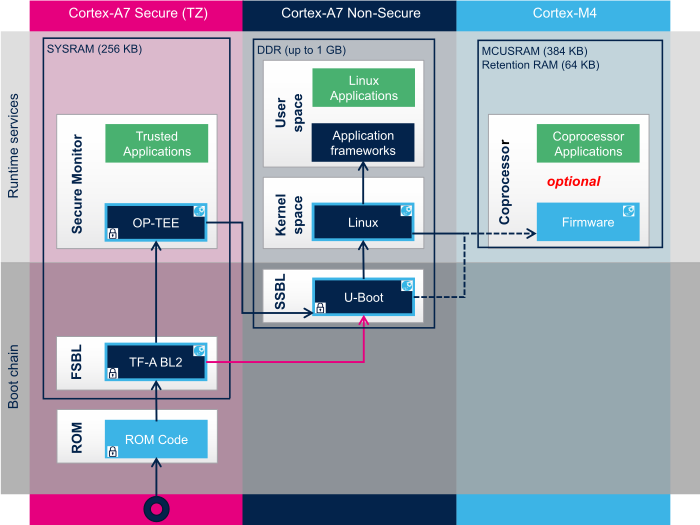 The FSBL is executed from the SYSRAM.
Among other things, this boot loader initializes (part of) the clock tree and the DDR controller. Finally, the FSBL loads the second-stage boot loader (SSBL) into the DDR external RAM and jumps to it.
Trusted Firmware-A (TF-A BL2) is the FSBL used on the STM32MP15. "BL2" stands for "boot stage level 2", further described in the pointed article.