Approved version. Approved on: 14:47, 14 January 2020
(Pages)
How to exchange large data buffers with the coprocessor - example

How to exchange large data buffers with the coprocessor - example

Such kind of implementation requires :

A specific Linux driver, rpmsg_sdb (shared data buffer), has been developed to take care of such constraints.
For details on the buffer exchange mechanisms, refer to the how to exchange large data buffers with the coprocessor - principle article.

From the user interface, press the START button to start the logic analyzer sampling. The logic analyzer samples GPIO PORT E bits 8 to 12, which are present on the Arduino connector. They correspond to 5 bits. The 3 remaining bits in each data byte are used to implement a packing algorithm.

After packing, the logic analyzer saves data in a binary file system named "date-time".dat, where date-time is the date and time of the system when the START button is pressed.

In the figure above, the numbers indicate the chronological order of data flows.

The user interface displays statistics, including:

The user interface saves the packed data in a binary file.

When the START button is pressed, the application sends the sampling command to the Cortex-M firmware (including the sampling frequency), and creates a "date-time.dat" binary file that is used to store the data sample in mass storage.

When the STOP button is pressed, an overrun data error or a file system full error occurs, the application sends the stop command to the Cortex-M firmware and finalizes the "date-time.dat" binary file.

When the Cortex-M firmware sends a "buffer full" signal via the rpmsg_sdb driver, the application unpacks data, writes the packed data in "date-time.dat" file, and updates the statistic information. 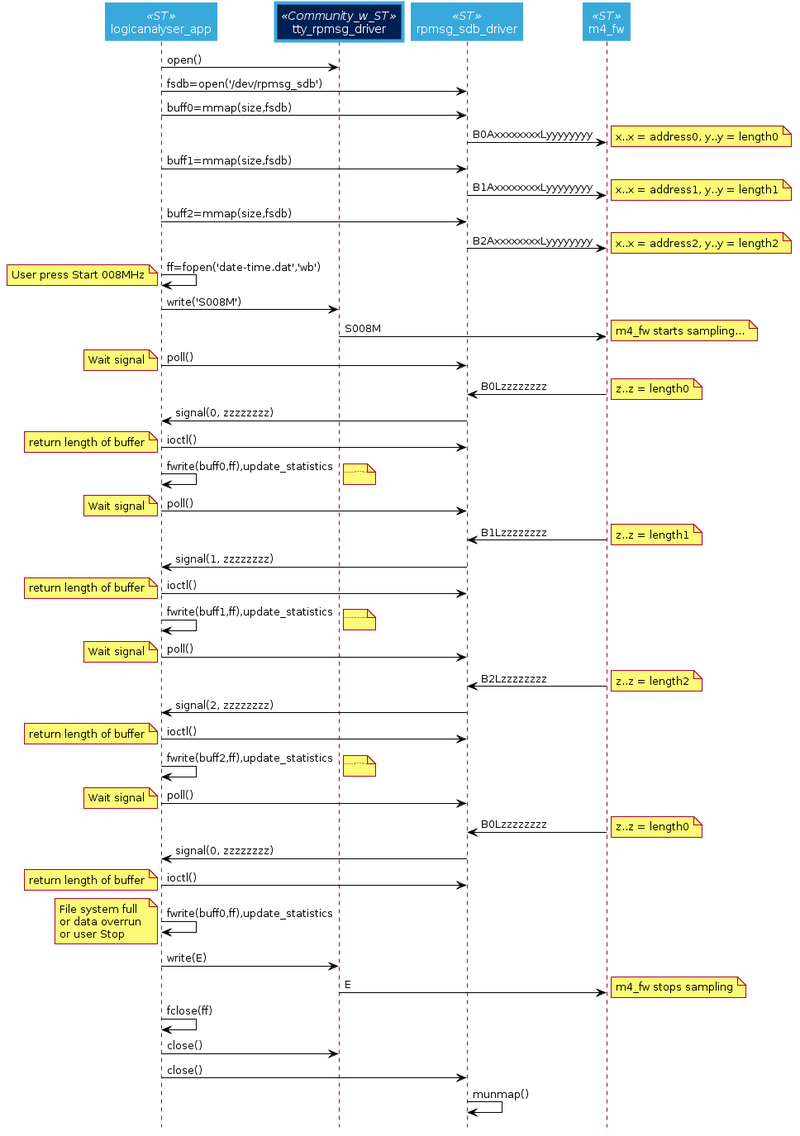 In the later use case, the Cortex-M CPU is able to compress data at a rate up to 64 Mbits per second (8 Mbytes per second). This corresponds to the maximum rate that can be achieved.

The limitation is due to data packing, as shown in the figure below: 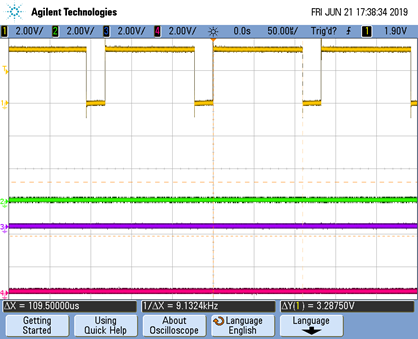 On this oscilloscope snapshot, a GPIO is set at the beginning of the packing algorithm, and reset at the end of the algorithm. So, 109.5 µs are spent to pack 1024 bytes of data at a sampling frequency of 8 MHz. Increasing the frequency to 9 MHz would cross the limit : 9MHz => 111µs.

The logicanalyser application is launched by pressing User2 button of the STM32MP1 Discovery board. 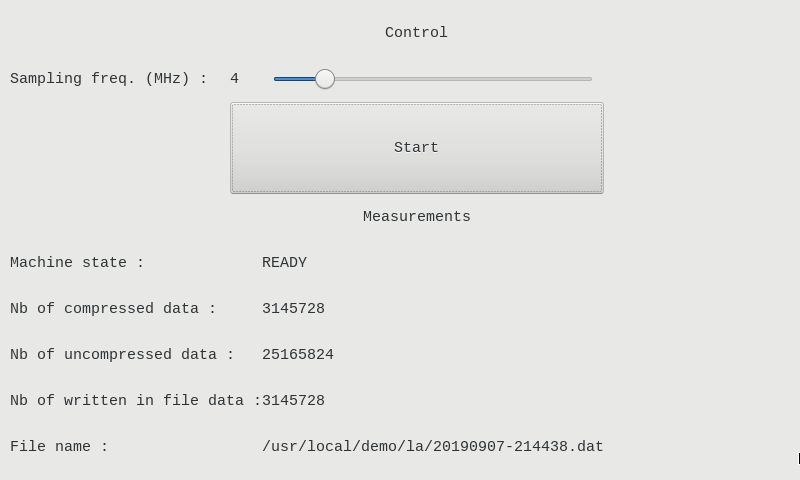