The STMicroelectronics approach for a smooth transition to the MPU world consists of putting both worlds in a single device, seeing the MCU as a subsystem of the MPU: 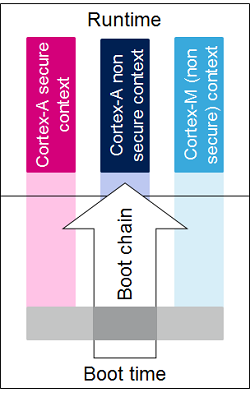